Easy Orchids
- Care for your Orchids

Orchids are members of the family Orchidaceae, which is one of the largest families of flowering plants. Many orchids are popular for their ornamental properties and orchids are kept as both house plants and garden flowers.

There are over 2,000 described species of orchids, but many of the orchids that you find in the trade do not exist in the wild – they hybrids and cultivars developed specifically for the orchid market.

The largest genus of orchids is Bulbophyllum, which contains circa 2,000 scientifically described species. Other examples of large orchid genera are Epidendrum, Dendrobium and Pleurothallis.

Two of the most well-known orchid genera are Phalaenopsis and Cattleya, since a lot of the orchids available in floral shops belong to these genera. Vanilla is also famous, but for its taste rather than its ornamental beauty. The genus Vanilla is home to the species Vanilla planifolia, from which vanilla flavoring and aroma is derived for food, beverages and cosmetics. 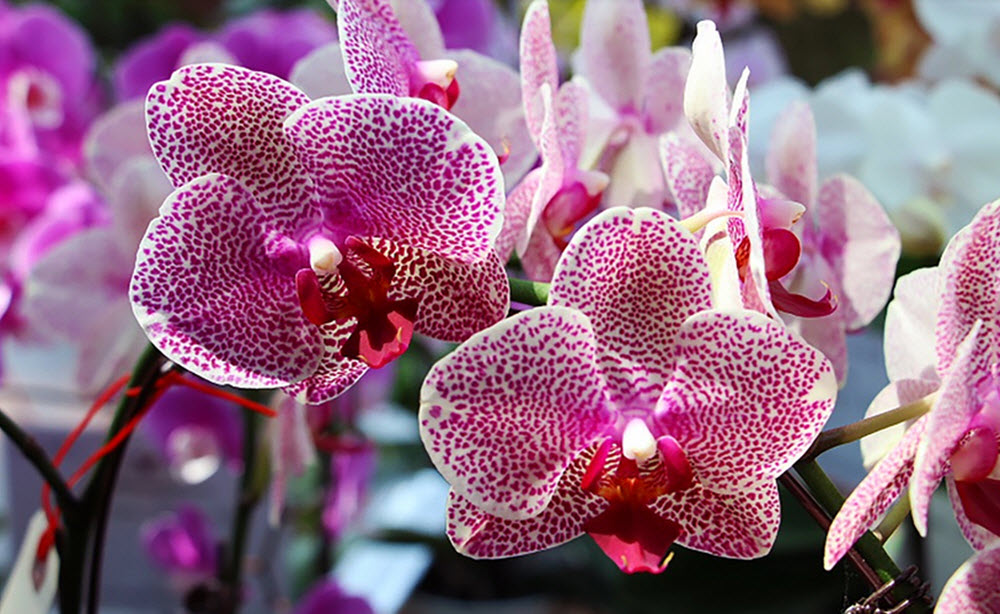 The orchid family is huge, and the trade is also filled with a myriad of cultivars and hybrids. It is therefore not possible to give hands-on detailed advice that will be true for all orchids. Instead, my advice is that you research your particular orchid. If you can´t find information about a particular species or variety, try looking up the genus to learn about orchids closely related to your plant. You might for instance find out that your orchid belongs to a genus of orchids that cling to branches in the wild, and that´s why its not doing very well on your window sill where it is stuck with its roots in a pot filled with soggy soil.

Many of the orchids available in floral shops have been developed to be kept as indoor houseplants and are not very difficult to care for. When you do your research, here are few key aspects to find answers to:

– How often to water and how much

– Should this orchid be misted? When and how frequently?

– Nutrients; what and when?

The orchid hobby can be expensive if you get in to it and want to start collecting rare species.  Take it from someone who spent thousands of dollars on different orchids and many more thousands on trips to see and legally collect orchids in the wild.  There are many way you can support this hobby and if  you have a really good job you might be able to afford to support it without  any problem. But if you are like me then you will need an extra source of income to make extra money for your hobby.  For me that extra source of income is selling propagated orchids and online trading.  I have tried many different typed on online trading including day trading, swing trading, forex trading and binary options trading.   All with limited success.  The only type of trading that I have been successful with here in the UK has been CFD trading.  A type of leveraged trading that allow you to make money from small market movements.  UK CFD trading was the right option for me but another form of trading might be a better option for you.  I recommend that you try different types of trading using a demo account to see if you can find one that suits you. Demo accounts let you trade using pretend money.  If you lose money in the demo account it will not cost you anything but the time you spent trying to learn how to trade.  There are a large selection of online brokers that offer many different types of trading. Use one of them to find out if trading is the right choice for you.

Are all orchids tropical?

No. A majority of the orchids we find in flower shops are ultimately derived from wild species native to tropical or subtropical parts of the world, but wild orchids also grow in temperate climates, even north of the Arctic circle. The southernmost wild orchids grow on the Macquarie Islands, not far from Antarctica.

One example of orchids that grow wild in temperate parts of the world is Anacamptis, a genus of terrestrial orchids found from the Mediterranean region to Central Asia. They are associated with grasslands and dunes, and like when the geology is dominated by limestone or chalk.

How many orchid species exist?

The truthful answer is that we don´t know. Each year, the orchid family grows as additional orchid species become scientifically described. There is also plenty of ongoing discussions about which plant populations that are subspecies and which plants should be recognized as a distinct species instead.

At the time of writing, the Royal Botanical Gardens of Kew recognizes nearly 22,000 different species of orchid, divided into 800 genera.

It is also good to keep in mind that over 100,000 hybrids and cultivars have been developed for the floral trade. 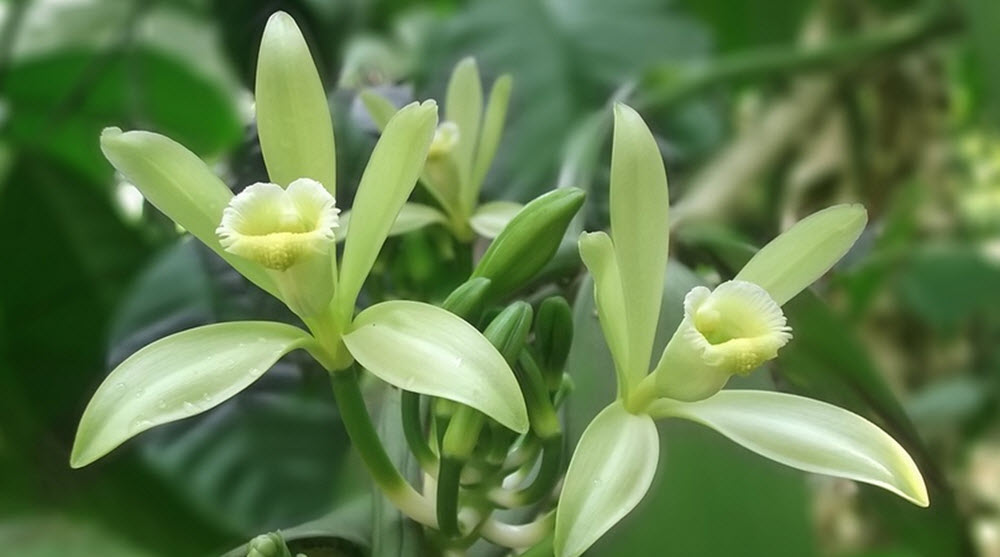 The name orchid comes from the Ancient Greek word ὄρχις (órkhis), which means testicle. The name alludes to the look of the paired subterranean tuberoids developed by certain orchid species.

In Middle English, several species orchids were known as bollockwort. Bollock denotes testicle and wort means plant. So, they were named after testicles in Middle English too.